Behold: A Dark Son...and His Daddy!

Tonight: Since it's too late to make anything resembling a terrific (or even passable) blog entry, I thought I'd share a third convention sketch. This one's again from New York Comic Con 2010, and it's by writer/artist Scott Reed of Realm of Kings: Son of Hulk and Incredible Hulks: Enigma Force fame! Since he'd only written the listed miniseries, but I knew Scott was also a terrific cartoonist in his own right (see The Last Odyssey), I thought he'd get a kick out of drawing Hiro-Kala, son of Hulk and brother to Skaar. I'd say he acquitted himself admirably, don't you think? (Thanks, Scott!) 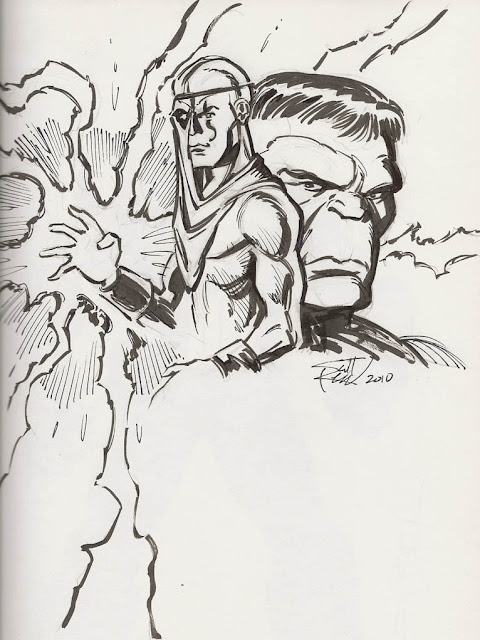