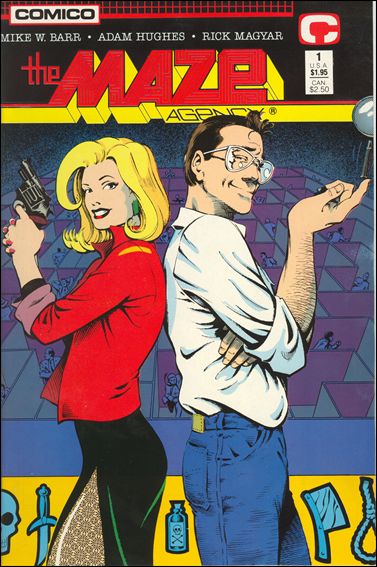 We now interrupt this regularly scheduled blog to bring you a Delusional Honesty op/ed on current events!

Before we begin, a little about me: I've been attending comic conventions on a fairly regular basis since the early 1990s, when I was a teenager. I attended the Pittsburgh Comicon probably a dozen times, San Diego Comic-Con five times, Wizard World Philadelphia twice, New York Comic-Con once, and various other smaller shows. I own over a hundred unique pieces of original artwork obtained at these shows. I get them in hardcover sketchbooks, on comic backer boards, and on paper of the artists' choice. I've never sold one yet, and it would take a dramatic shift in my financial situation to get me to think of doing so.

But this entry's not about me...

Last weekend, at the Boston Comic Con in Massachusetts, Adam Hughes appeared, as he has at roughly a dozen conventions each year. And as he did at previous conventions, he opened up his "sketch list" so that lucky fans would have the chance to obtain a treasured piece of artwork from one of the modern masters. As he's one of the few true "superstar" artists out there whose reputation is rightly deserved, Adam finds himself swamped at convention after convention with legions of adoring fans, and he and wife Alison Sohn do their best to make each fan feel welcome. Even on some of his earliest work (like The Maze Agency, above) Hughes' work has always had that je nai sais quoi, that indefinable something that pulls you in and never lets go. Unfortunately, Mr. Hughes' personable quality, and the current comics convention market have combined to form the perfect storm, resulting in his ceasing all convention commissions in favor of auctioning off all further opportunities on eBay.

So, what happened? This decision has been a long time in coming to anyone who has spoken with Mr. Hughes at conventions past. Originally, when I first met him in the 1990s, he would simply take sketch requests on a first-come, first-served basis. Due to the high quality of his pieces, fans would arrive earlier and earlier to convention halls, some staying in the entrance line for hours and breaking into a sprint when it was time to hit the floor just for the golden opportunity. Eventually, the story I'm told at conventions goes--and I can't verify its authenticity--that someone knocked over a little girl on the way to his table, and ever since, he changed his policy, turning to a lottery system to decide who got a sketch. That process has been in place for several years now and I hear it's worked reasonably well, but there's one force that still has worked against Mr. Hughes, and it's led to the most recent developments.

Since the advent of eBay, convention-goers have increasingly used the auction website as a hub for redistribution of artwork obtained at these shows. A certain contingent of "fandom" believes if they obtain convention sketches from popular artists, they will be able to pay for their trips and more by hocking the pieces for vastly inflated rates there. Now, I have to take a step back and say that I don't have anything against the genuine fan who must let artwork go to pay medical bills, or get out of debt, or even pay for a wedding or honeymoon a year or ten after obtaining said art. I do have a serious problem with these so-called "flippers," so named because no sooner do they shake hands with the artist and say thanks, they go home and start that auction because they've got something other people want, dammit. And even worse--and from what I understand, this is what befell Mr. Hughes last weekend--is the fake fan who begs, pleads, cajoles, even makes up fake stories and cries fake tears, to play on an artist's sympathies in order to secure said art which he will then hock.

The art in question, a sketch Mr. Hughes drew of Wonder Woman, was on eBay only scant hours after the owner obtained it. The owner also cajoled a "quickie" Black Cat sketch from J. Scott Campbell, and a Batman sketch from Neal Adams at the same convention. Although at first fetching premium prices, once the artists made a fuss on Twitter and elsewhere the owner promptly removed all the auctions. You can bet, however, that once the hubbub dies down, he'll once again attempt to sell. It's the nature of the beast. (Part of me wishes the winner would give back the artwork to the original artist if only so that they'd be able to resell and justly reap the benefits of the piece. Or, y'know, maybe he'd even be a nice guy and give the piece back since it's obvious he has to date only shown appreciation for its monetary value. But I'm weird that way.) I wish that some artists would team up to contribute to some online forum whose purpose was to expose these flippers. On Twitter, I suggested Mr. Hughes take photographs of his artwork with their owners in the case of flipping, so their face could be plastered all over with a stern warning for artists to not draw for these people.

These con artists (short for "confidence" and not "convention," natch) are shameless and they act unconscionably in pursuit of the almighty dollar--and they've cost all but the richest fans any remaining chance to own an original Adam Hughes artwork they've personally requested from the man himself. You see, Mr. Hughes doesn't take on that many commissions at conventions to begin with--he finished a total of three in Boston--and now they'll be all the rarer due to not one fool from this weekend, but a selfish pattern of behavior on the part of a particular class of so-called "fan." Now, all future commissions will be handled in advance through eBay. In the words of his wife (and accomplished artist in her own right) Alison Sohn from their Yahoo group: "[I]f eBay is where they will end up, then eBay is where they will start."

I remember going to conventions in Pittsburgh, or San Diego, and talking with Mr. Hughes and Ms. Sohn for quite some time, about The Maze Agency, about Catwoman, about Power Girl and even Justice League International. They are terrific people, warm and welcoming. I've even had my name on the sketch list more than once, only to for one reason or another not walk away with an original piece (instead getting sketchbooks, which are always incredible). I've never given up on trying, even when the prices rose and rose, because Mr. Hughes' work is just that good. However, now it seems I must abandon the dream, unless I happen to get a job that triples my income, or I win the Powerball lottery. On eBay, the highest bidder walks away with the product--and bidders have been known to plunk down in excess of $3,000 USD for a single original Adam Hughes convention sketch, a figure that is certain to rise with these new developments. And yes, it's possible that with the new "highest bidder gets a commission" rules, the aftermarket on the sketches will also rise even further.

Do I fault Mr. Hughes for this compromise plan? (Immediately after the most recent incident, he stated on his Twitter account that he was finished sketching at conventions altogether.) Hell, no! I honestly believe he has more right to the funds his artwork can generate than anyone else, and certainly more right than any "flipper." Let's face it: everyone knows that $400 for an original Adam Hughes convention piece was the best convention bargain since God created comic conventions. If I had the cash, I'd definitely rather give the money directly to the artist; wouldn't you?

My only worry is that Mr. Hughes' actions may be only the start of a movement to flip the bird to flippers by having all the most popular artistic talent take their convention sketch opportunities to eBay where they may fetch similarly high prices. It's already happened before this situation, as I've heard Walking Dead, Punisher and Venom artist Tony Moore auctioned off one guaranteed sketch at the recent Comic Geek Speak Super Show in Reading, PA. I hope such activity is reserved for special situations and does not become the norm for superstar talent, else it severely diminishes the chances of other fans of lesser means to obtain that special piece of artwork.

Similarly, I feel like it takes something out of the convention experience to remove the traditional process of obtaining a commission from the convention hall. Just imagine the next comics fan who goes to see Adam Hughes at a convention, who may not follow him religiously on his website, or Yahoo group, or Twitter page, thinking they've got as good a shot as anyone else at obtaining an original piece, only to discover that the process has changed and to be eligible for a sketch, they must plan in advance and possess both Internet access and an eBay account, which in turn all but requires a Paypal account. Now, it's true that it's likely more the exception than the norm for a fan to not have these things, but still it's a likely source of frustration.

I'd take an Adam Hughes sketch in any medium, in any size--on a sketch card, on an 11"x14" Bristol board, on a comic backer board, or (my favored choice) in my sketchbook. That artwork, if ever I get it, would be safe with me. (Hey, how about that? I guess I haven't altogether given up!)

Good luck to Mr. Hughes in this new era of selling his artwork. I'm just waiting to see how The Law of Unintended Consequences applies...