Okay, DC. You have me on board for yet another series. I heard rumors about this one months ago (won't say where, or from whom, but they were right on the f***ing money). I dismissed those rumors. Shame on me! 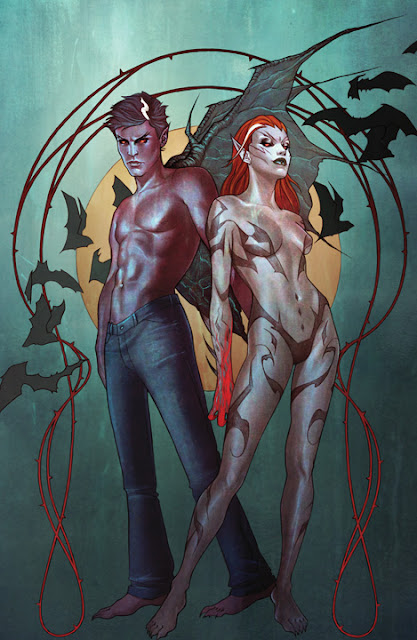 "Vampires threaten to bring ruin to the DC Universe in I, VAMPIRE #1 by rising star Josh Fialkov and artist Andrea Sorrentino. Tortured by his centuries-old love for the Queen of the Damnned, Andrew Bennett must save humanity from the violent uprising of his fellow vampires, even if it means exterminating his own kind."

You can bet I'll be following this story further and trying to get an interview ASAP. I'm a fan of Andrew Bennett from way, way back. (Okay, maybe just a few years, since I bought the full run of House of Mystery in which he starred!) The original series, by J.M. DeMatteis and a host of others, is on the list of my most wanted trades and I've always wanted a revival. Now, if they'll only use the original logo! (And credit DeMatteis & Sutton with the original incarnation!)