The year was 1993, and writer Dan Chichester and artist Scott McDaniel were hard at work making major changes to the Man Without Fear! In "Fall From Grace," Matt Murdock's life was shattered. Add guest star after guest star to the mix, like Silver Sable, Venom, Morbius, and even DD's former flame Elektra, and you had a storyline that tried to be epic in scope. Early in the story, Daredevil obtained this new costume, an armored look, here illustrated supremely well by the talented Stuart Sayger at the Pittsburgh Comicon 2011. 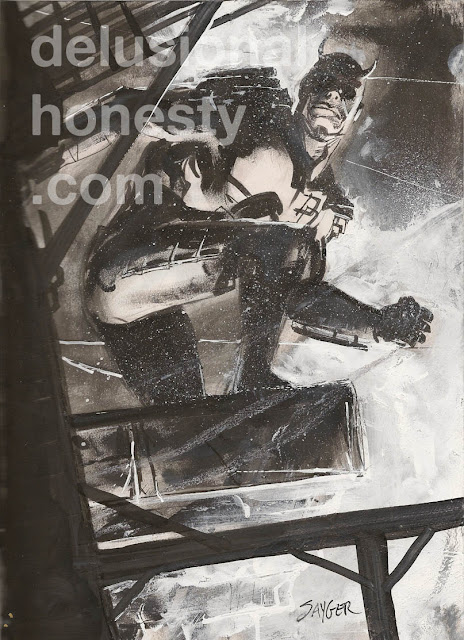 The Daredevil: Fall From Grace graphic novel collection is sadly out of print, but you can probably find it cheaply at amazon.com or eBay. I hope one day Marvel re-releases the book, either in hardcover or softcover format.