(I think we can dispense with officiousness, since I've been one of your treasured subscribers since 2006.)

Thanks for sending that mass e-mail to all the...is it still millions, or has it dropped to hundreds of thousands?...subscribers to your revolutionary Netflix service announcing, for the second time, the total dismantling of the service as we knew it. You know, we've been looking for something even more earth-shaking than July's announced split billing and drastic price increases for your company's DVD and streaming services. And it looks like now we've got it. 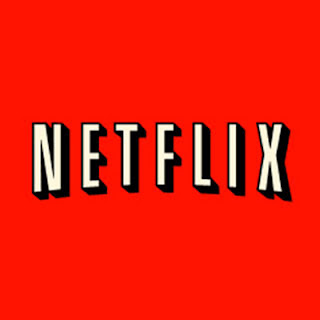 I have got to applaud a company brash enough to do what you've done. It feels like this decision was made by a bunch of drunken frat buddies late on Thursday after your new subscriber forecast went live and your stock prices took a dive. It's really refreshing to see this kind of immediate, frenzied, drastic reaction instead of the more measured, cautious approach that most big businesses in this day and age employ. If people didn't "get" your plan to totally divorce the two arms of the company, well, they sure as hell do now!

CHOP! One half of the company devoted to instant streaming via high-speed internet connections gets to keep that all-important Netflix name!

CHOP! The other half of the company devoted to DVDs, which is still the predominant method by which movies and television series are distributed, gets divorced and set up with a new name.

Of course, now you've decided to offer video games along with DVDs! This decision is even better than the first, because I have absolutely no interest in renting video games! Wow, what unparalleled value!

The centerpiece of your efforts--which is truly brilliant--is this new name you've given to the DVD and video game division. Qwikster! It just rolls right off the tongue, dunnit? In fact, it's something I honestly wouldn't have expected coming from a CEO of a high-tech mass media company. It's not even something I'd have thought would be thought up after a night of heavy drinking with frat boys who can take as much vacation as they want as long as they produce results at work. It's more along the lines of something a pothead living with his mommy and daddy would use for a nickname on Twitter. So go you! 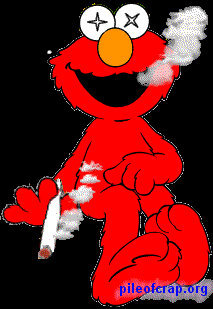 I can't wait to see how all of these changes are implemented. I hear that you're not going to be linking the Netflix and Qwikster sites at all. It used to be so convenient, because when I added something to my DVD queue, and there was an instant version of the same thing, it got added to my instant queue, too! Also, there was that uncanny algorithm you held that competition to get. You know, the one that keeps track of my preferences based on what I've looked at and rented. I'm so glad you'll completely be getting rid of one easy tracking system. Why use one, when you can use two? And two charges under different names where once there was one? Awesomesauce!

So, yes, it's refreshing to see a name that didn't get vetted by focus groups or dwelt-upon for more than an hour or two. In fact, it didn't take me more than that same timeframe to decide I'm canceling the DVD part of your service, effective just as soon as my next billing cycle begins. Just as immediate and drastic! You see, I signed up for Netflix back in 2006, and Netflix is still where my loyalties lie. I can't be bothered with any pretenders. Full steam ahead Netflix! Who cares if more movies and television shows are available on DVD than for streaming? Not this guy. Not this guy.

In fact, other than those swell Marvel animated series you just put up on the streaming service, I've only interest in watching Doctor Who on there. So after that? Well, you'll probably lose me. Good show, chap! Good show!

Keep flying by the seat of your pants, Reed! After all, who needs a good PR firm when they've got you?

Email ThisBlogThis!Share to TwitterShare to FacebookShare to Pinterest
Keywords Netflix, opinions, sarcasm is an art