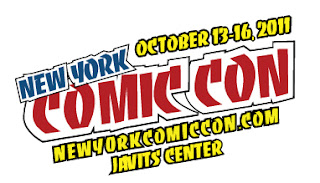 Okay, okay, I can't quite squeeze everything into a single post. More likely, you're going to get a trickle as I start to follow up on my many, many leads from this year's New York Comic Con. I don't know how the other press do it! Anyway, those of you out there who have my card: you'll be hearing from me sooner than later. Today I was back to the grind, working and slaving. In a few minutes from now, I'll be watching some TV I missed.

The show was amazing this year and I really have to give props to the folks at ReedPOP for a job well done. This was my second year attending NYCC, and if this is any indication of how the show is only going to grow, sign me up! 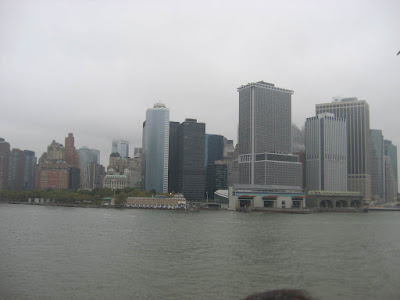 Of course, this year my enthusiasm was also heightened by the fact that I actually got to explore. No, I'm not talking about exploring the convention floor, although I certainly did my share! I'm talking about traversing the length of Manhattan Island! From my arrival at Penn Station with my friend Don on Thursday morning, I really took advantage of having that extra day to familiarize myself with the territory and see some sights. The subway took us from midtown, south to the Staten Island Ferry. The ferry brought us out near the Statue of Liberty before returning us to the isle, where once again we rode the subway a few exits.

After walking by the construction zone around the 9/11 memorial, more subway time...this time riding to Central Park, where I saw Strawberry Fields. And then, back to the subway until arriving in Times Square. There was a TKTS booth, and I wasn't leaving until we had tickets to Spider-Man: Turn Off the Dark! 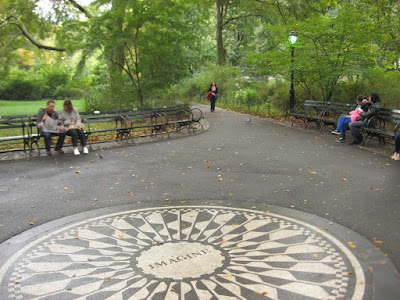 After we got the tickets but before the actual show, we attended NYCC's Thursday night preview. Surprisingly, the place was pretty busy! But it was only a small taste of what was to come in the following days. That night, I met up with FoxyArt's Kristin Allen, who'd drawn a terrific Scarlet Witch piece for me a few months prior (and one that you'll see soon on this very blog!). I also finally met the talented David Gallaher, writer of High Moon (which I'll review shortly), Box 13, and various Winter Guard projects from Marvel, all with his collaborator Steve Ellis (who drew a terrific Rom sketch for me in '10). I also once again found the artist Franchesco, who'd drawn a piece featuring Dracula's daughter Lilith nearly a decade prior, and who was just itching for a shot at outdoing himself. Then there was Gabriel Hardman, who'd drawn Morbius for me last year, and--well, we'll get there.

What about Turn Off the Dark? We'll get there. Suffice to say, I ran into another one of my friends from the west coast in the lobby during intermission. Things have a way of working out.

After a long train ride back to Jersey and a short night's sleep, Friday beckoned--the first full day of the show. The highlight of the day was IDW's presentation of a brilliant Fox pilot that sadly never went to series. That's right: I saw Josh Friedman's adaptation of Joe Hill's Locke & Key! (I'll share that in a few days, too.) Oh, and I also picked up Hasbro's exclusive "Composite Hulk" figure at their booth. Nice little item. 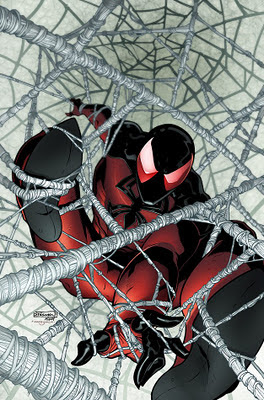 Saturday brought more chaos, including a rendezvous with Hulk Vs. Dracula and brand new Scarlet Spider artist Ryan Stegman. (The man threatened me with bodily harm if I don't buy and review his new series when it arrives in January. He actually looks like he might be able to carry through on that promise.) There's a sketch from him you guys'll also see soon, one that may or may not have something to do with his upcoming series.

I also picked up a sketch from a longtime favorite artist. Geof Isherwood, who drew Dr. Strange when Roy Thomas was on the book in the mid-nineties, was ever so gracious, and I presented him with an interesting idea he couldn't pass up. You'll see it right here soon. (I'm full of teases, aren't I?) 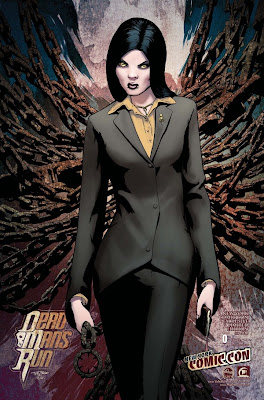 Greg Pak even put in an appearance in the middle of Saturday, bringing with him a copy of his and Tony Parker's sure-to-be-a-success book from Aspen, Dead Man's Run. Expect a review of that "Zero" issue early next week.

There's more I could talk about. Like meeting a terrific Hulk fan who also used to be one of Marvel's editorial staff. Or trying not to gush like a fanboy when I met one of my idols after a panel on Sunday afternoon. There's also my secret project I've been seeding throughout the con. Yeah, there's all that stuff.

And, of course, I was one of a half-dozen souls outside the Marvel offices who were the first to read Jason Aaron and Marc Silvestri's Incredible Hulk #1. You'll get some of that early next week, promise. Can't spoil the details. Can't.

But enough with the teases. I leave you with two of the colorful costumes from the convention floor. Ladies and germs: Silk Spectre and Poison Ivy! 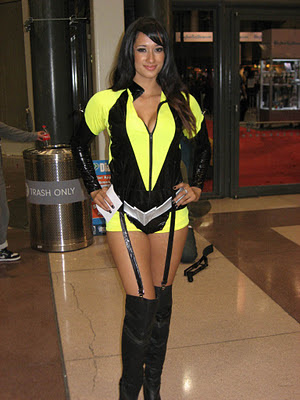 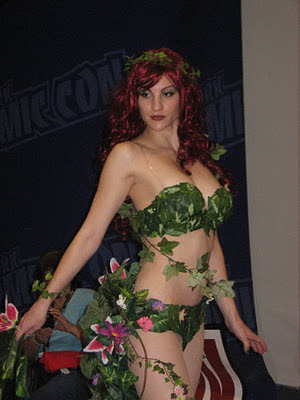 I do deliver the goods once in a while, don't I?